I would like to extend a further invitation to the community to join our secondary “Yarn Up” in the morning between 9.00am and 10.00am.

We are seeing improved attendance of students during this period and are enjoying the conversations that are emerging between students, staff and community. We have organised a reward for all secondary students who are attending school regularly and are engaging with their studies. Every second Friday, commencing on Friday 22nd June a group of students will be bussed to Broken Hill or other sites as determined by students/staff for the day.

The first trip was to Broken Hill TAFE where students joined the recent graduates of the IPROUD group for a BBQ lunch and learnt more about this great programme. Time for shopping followed.

We are currently planning a Community Forum for our first day back next term, 16th July (See page 8 for full program). This is a pupil free day with classes commencing on Tuesday 17th for all students. The purpose of the Community Forum is to provide information for families and the extended community around attendance and other student wellbeing issues. There will be opportunities for community to ask questions and talk opening with staff and agencies.

One new case of type 2 diabetes is diagnosed in Australia every 5 minutes. According to the Australian Diabetes Council  this is up from the 2011 figure of 1 every 5.5 minutes.

If the rate of  290 Australians being diagnosed every day continues it is estimated that by 2030 the entire health budget will be needed to fund patients with the disease. Treatment of the disease currently takes up over $10.3 billion a year.

NSW research released today showed diabetes sufferers were 3 to 4 times more likely than non diabetics to develop a heart disease.  Broken Hill had the highest rate of diabetes and heart disease in the state, and in   Sydney the western area suburbs were most affected.

CEO Nicola Stokes said the numbers are a reflection of the poor infrastructure and the individuals own eating and exercise habits. Ms Stokes said that “Governments will have to take action across several portfolios if they are to rein in the rate and cost of the disease.” “It is about governments taking responsibility for the health outcomes of all the decisions they make.

There are 2 types of diabetes—Type 1 and Type 2.

And the name of the Mallee playground is?

Over 200 residents and visitors gathered for the official opening and naming  of the new playground in the Mallee last Wednesday.

The name that was chosen from 4 possible was “Muurpa of Wilcannia”. Muurpa is the Barkindji word for children.

Featured in the opening were the Paakintji Dancers.

Owner of the Queens Head,  Bill Shade put his painting skills to work, tidying up the picnic table and seats located at the end of Cleaton Street.

The area, overlooking the river,  is a very popular spot with tourists.

Yes, they are on their way! + updates

A group of "slightly crazy" Walkers are journeying from White Cliffs to Lightning Ridge. It's a 31 days trek - 686 kilometres - they'll have time enough thinking about the  hardships of those early miners 100 years ago.

They're also walking to raise money for the Australian Opal Centre.  Donations are welcome - go to www.australianopalcentre.com and click on The Walk

For those who were wondering

The square squiggly box in the "Upcoming Events" column on the left of this page is a QR Code that can be included in emails, and on printed posters etc. to give mobile and tablet users a quick link to the relevant website.

The ideal use would be in printed marketing materials for businesses, and the like.

Simply include the box in your printed materials and users who point their smartphone cameras at it will go through to your website. For example the QR code on the right is for Brian Cox's website listing "Wilcannia Auto Repairs", listed in the business and services directory of this website. 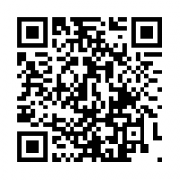 For Android phone users you can download and install a free app (such as "QR Droid"). Once installed and opened, simply point it at the squiggly box, and voilà.

Before motor transport became useful and popular, camels, bullocks and horses were beasts of burden in the outback. Camels were most used because they could carry a good load on their backs and were faster than bullocks and could exist on less feed and water than the other two mentioned.

For many years even after the introduction of motor transport, the common on the northern side of Broken Hill was called “camel camp” which was occupied by Afghans and their camels, which reminds me of a story often told by mine host, George Tainsh, proprietor of the hotel in which I stayed during my five years in Broken Hill.

George’s story goes like this. Before becoming a publican George was the local representative of Vacuum Oil Co (now Mobil) and each year all the reps of South Aust. And Broken Hill were called to Adelaide to bring them up to date with all the latest in the oil industry.

The night before the conference, George and a few mates had a night out drinking and playing poker, so naturally they were not too bright for the lecture the following morning.

Fire Control Officer Bill Britt conducted a full day training session, which included a couple of burns at the shire rubbish depot. In the evening the AGM and a general meeting was held.

A number of matters were discussed at the following meeting. Of most importance was the above average chance of the coming spring/summer developing into a busy fire season.

Bill Britt said he felt it was unlikely that there would be repeat of last years wet weather which prevented fires in this area, though he did comment that the fires in the north-west corner around the Tiboobura area had been a wake up call.

The Australian Bureau of Statistics has released the first batch of data collected in last years census.

It shows that for the first time the population of Central Darling Shire Council area has slipped below 2,000 The area boundaries appear to be different to the previous census, so the figures for both Wilcannia and White Cliffs include surrounding rural areas.

Total number of residents 1991
There were 1048 males and 943 females
758 indigenous
1762 born in Australia
739 dwellings in the shire
26 New Zealanders,
Median personal income $387
There were 480 visitors in the shire on census night who gave their usual place of residence as outside the shire
362 residents were listed as being a volunteer at some time during the previous year
246 males did no unpaid domestic work and 147 females said they did no unpaid domestic work. The   highest age groups in this section were 55 males between the age of 55-64 and 31 females between the age of 55-64
26 males were shown as lone parents compared with 88 females.

This week, students at St. Therese’s Community School took a visit to the new park in the Mallee.

Before our students could play, we had to clean up the park.

Please help keep the new park clean by encouraging children to take their rubbish home and not leave it there.

Perhaps some rubbish bins could be put at the park?