** Due to recent heavy and consistent rains in the Wilcannia region (over summer, 2011-2012) we should expect to see "acres of desert peas" when in season (best along the White Cliffs road). More details as they come to hand. We'll post a front-page news item when appropriate.

wainsona formosa, Sturt's Desert Pea, is an Australian plant in the genus Swainsona, named after English botanist Isaac Swainson, famous for its distinctive blood-red leaf-like flowers, each with a bulbous black centre, or "boss". It is one of Australia's best known wildflowers. It is native to the arid regions of central and north-western Australia, and its range extends into all mainland Australian states with the exception of Victoria.[1]

Specimens of Sturt's Desert Pea were first collected by William Dampier who recorded his first sighting on 22 August 1699.[citation needed] These specimens are today in the Fielding-Druce Herbarium at Oxford University in England [2].

The taxonomy of Sturt's Desert Pea has been changed on a number of occasions. It was initially treated in the 18th century in the genus Clianthus as Clianthus dampieri,[3] and later became more widely known as Clianthus formosus (formosus is Latin for "beautiful"). However it was later reclassified under the genus Swainsona as Swainsona formosa, the name by which it is officially known today.[2]

A further reclassification to Willdampia formosa was proposed in the publication Western Australian Naturalist in 1999; however this proposal was rejected by the scientific community in 2000.[4] 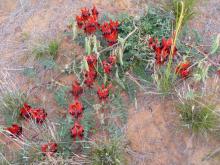 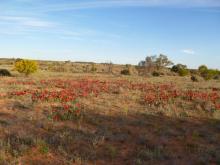 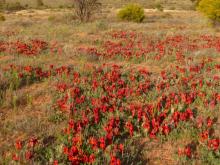 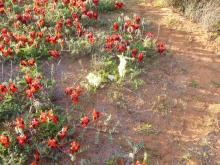 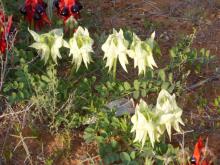 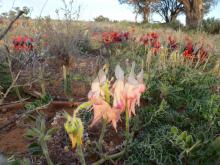 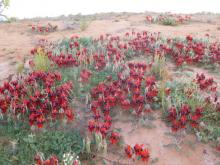 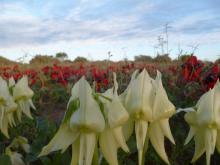 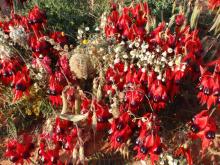 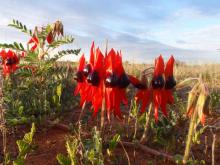 A - Z listing of Wilcannia businesses and services